How long does it take to recover from total knee replacement (TKR) surgery?

The greatest improvement happens in the first 3 months after knee replacement surgery. You should have less pain. Your knee function should get better, too. But it can take up to a year to fully recover from this surgery. 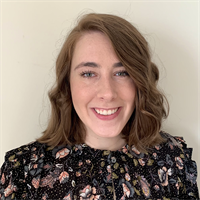 Total knee replacement (TKR) is a common surgical procedure for patients with end-stage knee osteoarthritis (OA).1 Individual patients will have different expectations for results after TKR surgery but research has shown that improvements in pain and function are the most important expectations for most patients.2 Studies evaluating patients’ recovery from TKR have established that the greatest improvement in pain and function occurs in the first three months after surgery, followed by no improvements to incremental improvements after one year post-TKR.3-5

A prospective cohort study on 266 patients (median age 70 and 64% female) that examined the variability in long-term pain and function trajectories after TKR, used the Pain and Function scales of the Western Ontario McMaster University Osteoarthritis Index (WOMAC) to measure outcomes post-op at three months, one year, two years, three years, five years, and seven years.3 The study found that the largest improvement in median WOMAC Pain and Function scores occurred during the first three months after TKR with additional small improvements from three months to one year, and very small to no improvements from one year to seven years.

Other measures of knee pain and function used in studies to assess recovery of patients after TKR include the Lower Extremity Functional Scale and the Six Minute Walk Test. One study that utilized these tools to assess recovery in 84 patients (median age 64 and 52% female) at three time points in the year after TKR found that the greatest improvement occurred in the first 12 weeks followed by slow improvement up to 26 weeks, and little to no improvement after 26 weeks post-TKA.5 These findings aligned with the previously referenced study and others that used the same or different measures of recovery.3-6