Are there any foods I should avoid while taking statins?

Some doctors recommend you avoid eating grapefruit when taking simvastatin, lovastatin, or atorvastatin. Grapefruit juice should be avoided too. The fruit contains a chemical that blocks the breakdown of these three statins. As a result, the statins stay in your system at high levels for a longer time. This might increase the risk of side effects. Grapefruit does not interfere with the breakdown of other statins. 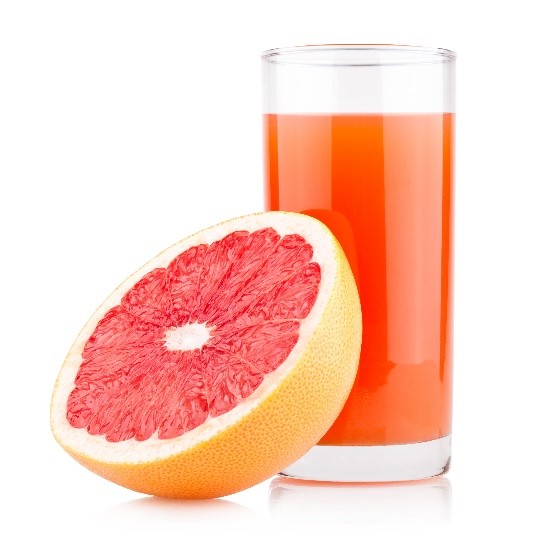 Doctors don’t know how much grapefruit is safe if you are taking simvastatin, lovastatin, or atorvastatin. It is best to skip it completely if you are taking any of these three statins. If you still want to eat grapefruit, talk to your doctor about the risks. Together you can decide the safest way to control your cholesterol.

Grapefruit will not suit!

Next Topic »
Are there prescription medicines I should avoid if I am taking chlorthalidone?
email     facebook     twitter

Grapefruit and grapefruit juice can alter the metabolism of atorvastatin, lovastatin, and simvastatin by interfering with the cytochrome P-450 (CYP4) enzyme system.1 This system is responsible for the first pass metabolism of certain drugs, including these specific statins. Grapefruit consumption has been shown to increase the serum levels of these drugs to varying degrees.2,3 The increased bioavailability of these statins after co-administration with other CYP4 enzyme substrates has led to the occurrence of the drug’s known serious adverse effects.4–6 For this reason, doctors have generally discouraged the use of grapefruit and grapefruit juice in people taking these statins to avoid potential toxicity.7 However, there are no case reports of adverse effects due to the co-administration of statins with grapefruit juice.

Reddy et al. conducted a drug trial to determine if regular exposure to grapefruit juice had a measurable impact on serum concentration of atorvastatin, lipid profiles, and adverse effects.8 The daily addition of 300 ml of grapefruit juice for 90 days among patients taking atorvastatin (10, 20, or 40 mg/day) resulted in small increases in drug bioavailability, but had no meaningful effect on lipid profile or adverse effects (liver function, creatine phosphokinase levels, myalgias).