How does lupus affect my heart?

You are more likely to develop heart disease if you have lupus. This also means that you are at higher risk of having a heart attack or stroke, especially at a younger age. This is due to the chronic inflammation caused by lupus. Inflammation can damage your heart and circulation system over time.

Your doctor can check for inflammation in your body with two tests:

There are other factors that can raise your risk of heart disease if you have lupus. Steroids are a common treatment for lupus. Frequent steroid use raises the risk of developing both heart disease and diabetes. People with lupus often have other risk factors for heart disease unrelated to lupus, including:

Lupus can be hard on your heart, so treat your risk factors and do your part! 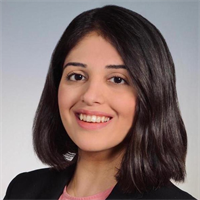 Lupus is a chronic inflammatory autoimmune disease with heterogeneous clinical manifestations.1 Direct organ-specific inflammation in the heart can lead to pericarditis, myocarditis, and valvular disease. Cardiovascular involvement includes coronary heart disease, which is responsible for significant morbidity and mortality in this population.2 According to a systematic review that included 28 studies, the risk of cardiovascular disease in people with lupus is increased, with the specific risks of myocardial infarction, congestive heart failure, cerebrovascular disease, and overall cardiovascular disease mortality all being at least doubled relative to the general population.3 The increased relative risk is particularly high among premenopausal women with lupus, given the relatively low risk of heart disease among their counterparts in the general population. The University of Pittsburgh found that women aged 35 to 55 years with lupus were more than 50 times more likely to suffer a nonfatal myocardial infarction than women without lupus within a similar age group in the Framingham Offspring Study.4 A prospective cohort from the Nurses’ Health Study found that among women with lupus compared to the general population, the relative risk for coronary heart disease was 2.25 (95% confidence interval [CI] [1.37 – 3.69]) after adjustment for potential confounding factors.5 Though the magnitude of increased risk varies, the finding itself of an increased risk of cardiovascular disease among lupus patients remains robust and persistent across epidemiologic studies.6

The increased risk of cardiovascular disease can be attributed to accelerated atherosclerosis in people with lupus. The etiology of this phenomenon is not completely understood. The pathogenesis of cardiovascular disease in this population is likely multifactorial and involves traditional cardiac risk factors, disease-related factors, and the adverse effects of medical treatments targeting lupus.6 Although the prevalence of traditional cardiac risk factors (e.g., obesity, hyperlipidemia, diabetes, and hypertension) is higher among people with lupus,6 the increased risk conferred by these factors alone is not enough to account for the increased rate of heart disease. This mismatch was demonstrated by the Toronto Risk Factor Study, which found that the Framingham risk factor formula, a widely accepted tool to assess the 10-year risk of a cardiovascular event, did not reflect the increased coronary risk factors among people with lupus compared to age-matched controls.7

Systemic inflammation likely contributes to the accelerated atherosclerosis and increased cardiovascular disease risk seen in people with lupus. Various immunologic pathways have been proposed to explain this relationship, including oxidative stress, antiphospholipid antibodies, dysregulation of the complement system, and cytokines as mediators of atherosclerotic plaque formation.2 These proposed mechanisms are supported by the association of increased disease activity, as evidenced by low complement levels and increased C-reactive protein, with corresponding greater cardiovascular disease risk in lupus patients.8,9 Furthermore, active and severe disease necessitates increased use of glucocorticoid treatment. Glucocorticoids are associated with a higher risk of heart disease among people with lupus as well as an elevated risk of diabetes mellitus and other cardiac risk factors, including high cholesterol, hypertension, and increased weight.10 For this reason, it is recommended that glucocorticoids be used at the lowest possible dose for the shortest length of time.